Environmental problems in the territory of Russia require an urgent solution (English, German) 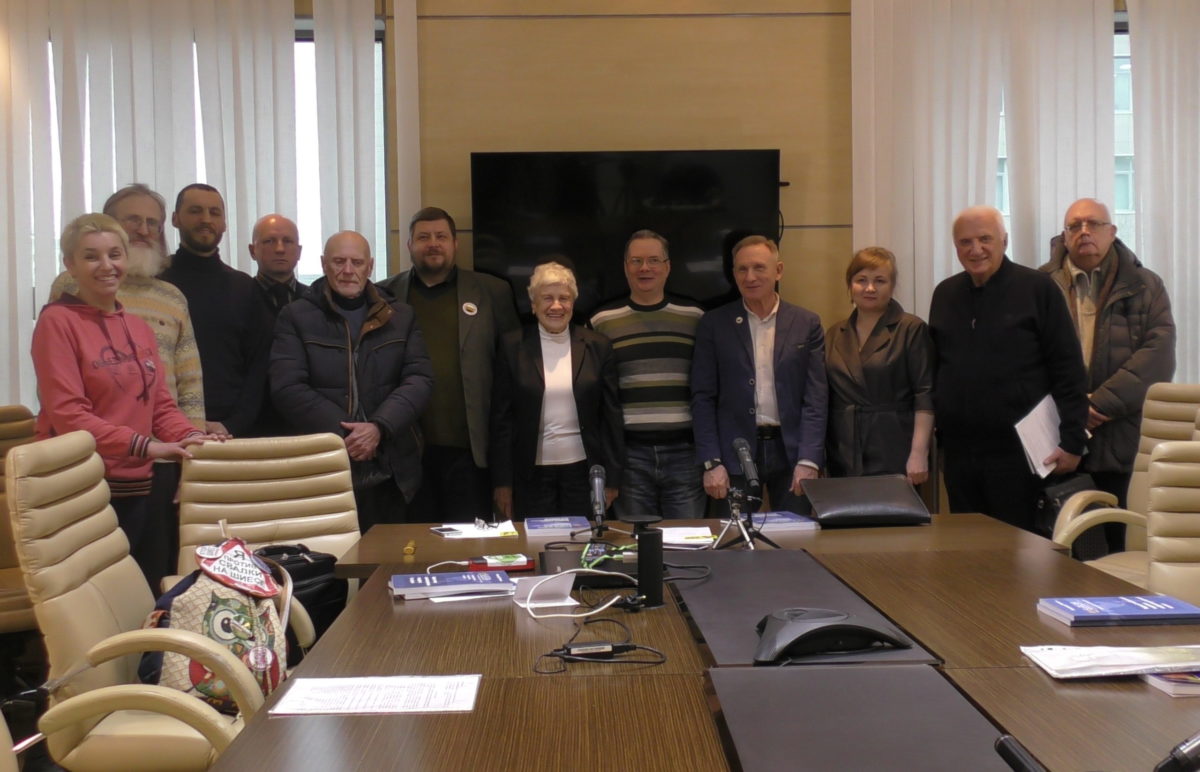 The statement of the conference participants — the representatives of the Russian Ecological Front network structure «Greens — the main political force of our time».

We, the conference participants, responsibly declare that in the territory of the Russian Federation there has been an emergency ecological situation in several aspects.

1: Climate. Global warming of anthropogenic origin (its existence is reliably proven) is 2.5 times faster in the territory of the Russian Federation than the global average. Winter temperatures of the years 2019 — 2020 in the whole territory of the Russian Federation have exceed the climatic norm by 10-15 degrees C — these are the record values ​​for the entire history of observations. This creates risks for agriculture, reduces biodiversity, destroys infrastructure in permafrost zones, carries the danger of forest fires, floods, etc. A further increase in temperature threatens the lives of people.

2: Rubbish disposal due to corruption was brought to the primitive construction of solid waste landfills. The permit for their construction by the Ministry of Natural Resources was extended for 4 years, and it also equated waste incineration to waste recycling, which posed risks to the environment and human health, and caused garbage protests in more than 50 regions of the Russian Federation. Two-year protests at the Shies station of the Arkhangelsk region turned into a real civil war.

3: Radiation poisoning. The monopoly of Rosatom (short for the Russian Federal Atomic Energy Agency) as a state corporation does not allow making effective decisions for the strategic development of the country. Nuclear power generation industry hasn’t met expectations — it hasn’t become cheap and safe. There are no safe nuclear power plants in principle, they are the objects of the 1st category of radiation hazard — there is an entry about it in the legislation of the country. The problem of nuclear waste has not been solved anywhere in the world, particularly in Russia. Most nuclear power plants in the Russian Federation are old, and they operate beyond the established service life. NPPs are not run by professional atomic scientists, but by «effective managers» who are interested only in profit, as a result, NPPs are operated at increased capacity — plus 4-7% of the nominal value, which is extremely dangerous. Nuclear energy is not a solution to the climate problem. Although NPPs themselves do not generate emissions, all the links in the nuclear chain — the extraction and enrichment of nuclear fuel — are extremely energy-consuming, which means they produce emissions. A serious problem is the import of nuclear waste from abroad, in particular from Germany and the UK through St. Petersburg, it is a scandalous and corrupt project. Across the country residents stand against nuclear repositories establishment, for example, in Krasnoyarsk Region. Great danger is created by the unauthorized repository of radioactive waste in Moscow, on the river bank — 60 thousand tons according to the official data (in fact twice as much), made by the enterprise belonging to Rosatom — «Polymetal» plant. The existence of nuclear industry is the legacy of the armaments race. Many countries in Europe have a programme to curtail nuclear power. Russia is the only European country that does not have such programme. Moreover, the authorities declare the construction of new power units, they build nuclear power plants in Belarus for the money from the budget of the Russian Federation. We are faced with the situation where on the issues related to complex technological processes that significantly affect the environment and health the decisions are made without taking into account the expert vision of problems, without scientific research, without interaction with the community. It is unacceptable to hide behind archaic and conflictogenic patterns of thinking and social practices that have been developed in the society of uncontrollable consumption.

6: The civilizational revolution could remedy the situation — the usage of nature-like technologies in the ecologization of the technosphere and in the structure of power. The machinery-technological foundation of the artificial habitat (technosphere) created by mankind back in the Neolithic and all its superstructures: socio-economical, political, ideological — were incompatible with the principles of the construction and functioning of the natural environment of our planet (biosphere). Supported by modern knowledge, we, the scientists, can point at the main vector of science, technology, economics, society and the state development: to learn from nature, and not to use it as a gift resource to satisfy our momentary needs. A radical transformation of the whole way of life of people is essential in order to turn to the nature-like lifestyle, which can be called a «green» transformation or an ecological civilizational revolution. The environmentalization of the technosphere implies its restructuring according to the natural principle of the resource-production cycle isolation used in ecosystems. Public relations and public administration should be based on the network principle that is widespread in Nature. Such social structure was presented in «The Andromeda Nebula» novel by I. E. Efremov (1957), a similar to the network structure of the human brain with its associative centers (cognition of the world), analytical structures (assessment of the current situation), centers of excitation (generation of new ideas) and inhibition (determination of economic, scientific, natural and other restrictions for the implementation of projects). All these functions can only be implemented by expert and scientific institutions. Currently, the issues of using network expert structures in the society and the state are also being widely developed, the book «Network World» by Y. A. Lisovsky can be the example.

7: The examples of implementation of the environmentally friendly lifestyle are eco-settlements. Twenty years of experience in the settlements of the patrimonial estates have shown the great effectiveness of mass changes in lifestyle to solve environmental and social problems. The idea ​​”Think globally, act locally” is realized in the national clan estates. The success of the project is associated with the right balance of «public» and «personal». Improving the environmental parameters at his own estate, a person feels the need to improve the habitat, which is realized in the surrounding forests, fields, settlements. Thus, Man daily improves life on the planet. In eco-settlements, the whole series of social and environmental problems that are insoluble in the city is being solved. A large family is the norm there. There is no garbage, there are recyclable materials, and everyone is provided with eco-products. The number of eco-settlements is growing, this practical experience should be recommended for wider expansion.

9: The environmental problems of Russia can only be solved in alliance with the ecologists of Europe and other countries. Therefore, the cooperation of the Russian Green Movement with the Hamburg Ecological Club, represented at the conference by its president Alexander Petrovich Potemkin, is of fundamental importance.

10: To solve environmental problems, the conference participants proposed the immediate change in the structure of power — the creation of the Supreme Expert Council of Russia as part of the World’s Salvation of the Planet Committee.

The conference was broadcasted online by “The People’s Slavic Radio” YouTube channel.

The conference was also recorded by “Rubezh” Studio.