Russia, Shies: the authorities’ war against nature and people. The hot stage of the conflict. 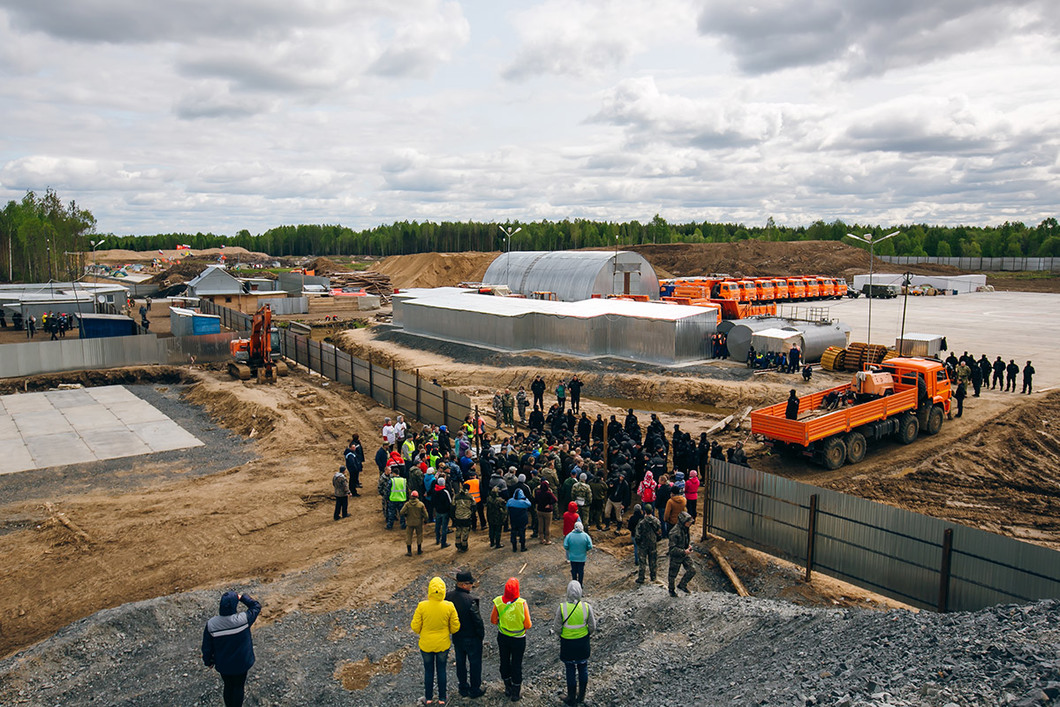 The authorities of degenerates are destroying the Earth like a suicidal maniac. It seems that no one can stand against it. But…

At the Shies station, Arkhangelsk Region, the civilian riot has started. There, in deep northern forests in the swamps the “garbage mafia” is intending to make the largest in Europe municipal solid waste deposit 30km length and 1km width dumping 1 million 200 thousand tons of rubbish per year.
The waste deposit is being built without any expert evaluations or public hearings.
The territory is swampy with close occurrence of subsoil waters. It is located in the excess moisture zone in the 2nd
and 3rd belts of sanitary zone of surface water intake.
In the depth of 35-70 meters there is the underground aquifer. Also, as a result of the inspection, oil product yields (benzene rings) have been discovered meaning the possibility of oil and gas occurrence.
The territory has never been fallen under any technogenic impact until now. The area is rich in Red list species of animals and plants.
Rivers start their flow from the wide and deep swamps of Shies, sometimes the flows rise to 8-9 meters and they will pick the waste and carry it to the Dvina river and then to Barents sea. Vast region will be poisoned.
It suits the authorities, but it doesn’t suit people. In August 2018 a group of environmental activists “Pure Urdoma”
was created. The head of the group Svetlana Babenko and the activist Anna Stepanova spoke at the congress of national patriotic forces in Moscow.

The ground of death
For many months local people wrote claims to all the authorities about unacceptability of the waste deposit. There was no answer. Then people blocked the road leading to the deposit site and set the camp where the locals and new arrivals guard round the clock on a rotation basis.
The number of the camp residents was up to 700 people. People want to save their land from poisoning, save their own and their children’s health and lives.
If they don’t stand across this road, the nature will die, people will die. But the garbage oligarchs do not care. All they care about is to make quick money in Russia and to take it to the cote d’azur. The authority of Russia is controlled by the oligarchs and the world government which has given Russia the role of raw material colony
and the waste deposit place.

People of Russian North do not agree to such role. And the government started the war against them.
Police and Private security companies from southern regions were sent against them. This is how the authorities are trying to survive by making the citizens of the same country fight each other. The defenders of Shies were insulted, accused of alcoholism, drug addiction and cooperation with with the USA Department of State having it as the sponsor — this is the standard scheme of trolling.

Russian Railways had canceled any train stops at the Shies Station. But people still managed to reach the protestor’s camp bringing money, food, some of them decided to stay.
People tried to contribute the way they could. The confrontation is on for over a year now. Heavy equipment on the site had been left without fuel and stopped. The authorities went to extreme measures conducting a military operation against unarmed civilians.

On the 16th of October the Plenipotentiary of the President of Russian Federation A. Cutsan arrived at Syktyvkar and
held a briefing about the Moscow’s solid waste deposit construction near Shies, Arkhangelsk Region.
The republican authorities denied this topic of conversation, however, the same evening, Executive Director LLC “Technopark” O. Pankratov (the garbageman) was noticed at the Syktyvkar airport leaving in a hurry the republican capital.
3 days after that closed session Minister of the Interior of Komi Republic visited the camp “Kostyor” at the Shies station.

In the early morning of the 23rd of October Syktyvkar’s Police, Rosguard and Riot Police took under control all the passages to Shies and provided a breakthrough for the fuel trucks through the activist’s positions. The activists were pushed back, and the attackers took out the only warm trailer that the people had. Three fuel trucks went to the site at great speed.

Until that moment the Ministry of the Interior of Komi Republic avoided to be openly involved in all this waste deposit site story. However, after the visit of the Presidential Plenipotentiary, they decided to get dirty. The Order to subordinates had been given, and the traitors ran to cover the Moscow trash invaders.

The heroic village Urdoma that had been blocking the passages for fuel trucks for several months, was practically besieged by the Rosguard and Riot Police. The police forces cut off electricity, the internet, blocked the roads.
The communication with the village is only held while the mobile phone of a person there keeps its charge. This is practically the State’s open Declaration of war against its people.

During this special military operation the following law offenses were recorded:

It seems that the President had sent his man to deal with the reasons of the construction stoppage, who, in the Regional Head’s office, made the Head of the Ministry of the Interior to arrange escort of fuel trucks from Komi Republic through the settlements of Arkhangelsk Region.
The Interior Minister, exceeding his authority, organised a “special military operation” for the protection of private cargo. Therefore, government agencies of the Russian Federation fulfill orders of commercial structures
(the garbagemen)

Juvenile justice has been forced on Anna Stepanova, they are threatening to take her children away, even though children are well looked after by their father, grandmothers and other relatives.

From Shies there are less than 100 km to the center of
Vilegodsky district with Viled village, called “northern Switzerland”. Employees of the tourist information center
— activists of “Viled” group and the members of STOP SHIES coalition were fired, said Tatyana Regush.

The authorities keep fighting, they don’t care about anything. Whole Russia should rise like Shies as the number of environmental hot spots in the country is huge and it keeps growing.
It depends on every citizen whether we shall live, whether our children will live of suffocate among wastelands. People of the Earth must overcome oligarchs that are killing our planet.

Shies needs help. Shies immediately needs:
— information support
— money
— people who are ready to come to our defending camps
— coordinated actions of green and patriotic forces all over the country, so that the authorities won’t have enough of Rosguard and Riot Police — servants of the regime without reason and conscience.
If Shies survives, Russia will survive!